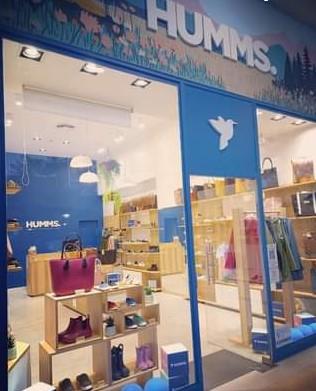 Within the world of footwear there is a model, and in particular a brand, that divides waters. Loved for their comfort and criticized for their aesthetics, Crocs also drive a wedge among consumers. But they are also a source of inspiration for entrepreneurs. In Argentina they were the muse of the Carrabs brothers who decided to create their own label for shoes made with injected EVA rubber. The result was Humms that are manufactured in La Matanza.

The Carrabs family has been in the shoe industry for quite some time . The father of the brothers has more than five decades in the field that he inherited from his own father. Carrabs was dedicated to manufacturing through his Pigalle brand and also produced for other labels, such as Jazmín Chebar and Ricky Sarkany. During a family trip to find out about the latest developments in the sector, they came across the Crocs.

The brothers were amazed at the comfort of these shoes and how light they were on the foot. However, they did not know what they were made of. They found out and found out that its main raw material was EVA rubber . They noted that the characteristics of this input had begun to penetrate deeply into the business, although it had not yet reached Argentina with force. So there was an opportunity.

In this way, encouraged by their father, Matías, Diego, Heidi and Nadia Carrabs founded Humms in 2013 . For this they requested a loan and invested $3 million in machinery, which they brought from Italy. To make the prototypes, they imported EVA rubber lumps from Brazil and these then went through an injection process at their plant. Finally, in 2015 they had their first product ready , the Bamboo model espadrilles.

"In the family we prioritize that each one specializes in a specific part. We divide roles and share what we do in meetings, thus avoiding possible friction and everything works," said Matías Carrabs, industrial engineer, commercial director of the firm and the oldest of the brothers. Meanwhile, Heidi (economist) and Diego (industrial engineer) are in charge of the products, while Nadia is in charge of the marketing leg.

To the espadrilles they added other models of footwear, such as boots, shoes, sandals and Swedish shoes . Although there was also room for innovation with other products for its portfolio. The following years added backpacks, raincoats, socks, bathing suits, t-shirts and bags for adults and children . Today, from its factory in La Matanza , it produces between 500 and 1,000 pairs of shoes per day .

At first, Humms was launched into the market through multi-brand stores and later added exclusive points of sale. It currently has nine of its own branches located in CABA, Buenos Aires, Costa Atlántica and La Pampa. In turn, it has a presence in 11 other provinces through third parties and opened its online store.