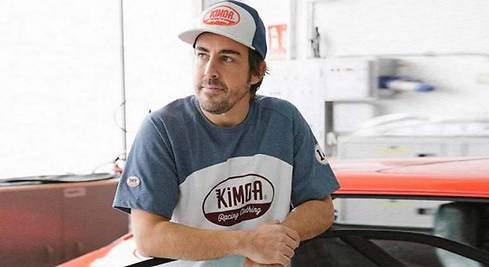 The Spanish driver Fernando Alonso launched Kimoa in 2017, a textile firm focused on sustainability that is now selling after accumulating losses of 3 million, according to Cinco Dias.

According to the annual accounts of Quimoalar, the company under which the business is organized, in 2020 the red numbers reached 650,000 euros, 13% higher than in 2019.

At the end of the 2020 financial year, the company's balance sheet presented a negative equity of 3 million euros and a long-term liability of 7.4 million corresponding to "other debts".

Kimoa, which sells mainly through its website to 74 countries, had a range of products ranging from electric scooters, technical cycling clothing to ski goggles.

A range of products that has not been enough to prevent the sale of 75% of its capital to the American company Revolution Brands, owner of SimplyEV, specialized in electric scooters and urban fashion items.

These are all the personal cars of Fernando Alonso

This was confirmed by this company in a statement made public on August 18, in which it detailed that Alonso would retain 25% of Quimoalar's capital.

It is an honor to continue wearing the Kimoa logo, building the brand and welcoming all those who share our vision to the family”, explained Fernando Alonso himself in said press release.

In the Official Gazette of the Mercantile Registry of last August 23, the sole partner of this company was already changed, becoming Kimoa International LLC, based in Miami and controlled by Revolution Brands. The amount of the transaction was not made public.