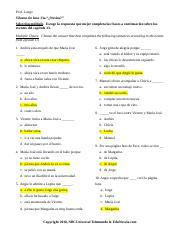 The voice of Galicia

For more than ten years she has dedicated many hours to making and repairing garments.

At O Costureiro de María José they give second chances to pieces of clothing and also make models to make a difference in events and meetings. María José Bautis Requeijo has lived "all her life" in Santiago. She came to study and stayed. Eight years ago, her business was installed in Rúa Concepción Arenal, more specifically, in one of the gallery premises that joins that street with Praza de Galicia, where other establishments have been locking up in recent times. Before opening her shop, María José shared a partnership with another dressmaker on the Rosalía de Castro street, but she, she confesses, "it was difficult to get two salaries." She resists, and she hopes to continue doing so as long as her body lasts. Fewer and fewer people dedicate themselves to her trade, that of dressmaker. “It is a sacrificial job. Most prefer to dedicate themselves to clothing, which is always more satisfying. Making a dress, an exclusive suit, is much more pleasant. I do them, but the arrangements are also necessary, and there is a lot of work », she indicates. Unlike what happened years ago, "when all the women knew something about sewing, and they did not come to raise a hem, change a zipper or replace buttons, now they come for these things and other more complicated ones". María José believes that, if before people reformed a piece of clothing out of necessity, «now they do it out of conscience. Girls come with their mothers' dresses, which they had saved, to make an arrangement and use them. There's a lot going on with '80s clothing." Although not only girls are encouraged to recycle clothes and repair parts. “Guys come in jeans and put patches on them so they can continue to wear them. Sometimes I think it doesn't compensate them, but they are more aware. They prefer to fix and not buy and buy », she highlights. María José acknowledges that «making is pleasant, and it gives a lot of satisfaction to advise on what fits best, because people let themselves be guided. But the arrangements give me the satisfaction of seeing that we are becoming more aware to avoid crazy consumption. Without a doubt, in O Costureiro de María José she bets on second chances.

© Copyright LA ​​VOZ DE GALICIA Sapolígono de Sabón, Arteixo, A CORUÑA (SPAIN) Registered in the Mercantile Registry of A Coruña in Volume 2438 of the Archive, General Section, on pages 91 and following, sheet C-2141. CIF: A-15000649.