Home → Clothing brand → The Shein phenomenon: how a Chinese brand is revolutionizing the fast fashion business in the US 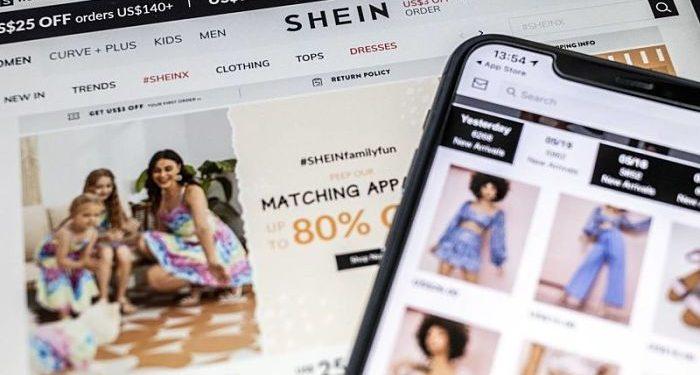 The Shein phenomenon: how a Chinese brand is revolutionizing the fast fashion business in the US

Amancio Ortega, founder of the fast fashion empire Zara, started out selling bathrobes in northern Spain. H&M's Erling Persson sold womenswear in a small town in Sweden for decades before going global. Xu Yangtian, on the other hand, had none of his clothing experience when he launched Shein in 2008. The creator of the latest fashion sensation was a specialist in search engine optimization.

This expert knowledge gave Xu an understanding of how to engage consumers in the digital world. He has brought to Western fashionistas a Chinese style of social commerce, which combines social media with online shopping. Adding a revolutionary approach to production, the results have been spectacular. In 2019, the gross merchandise value - the preferred measure of e-commerce companies when analyzing total sales on their platforms, known in the industry as gross merchandise value (GMV) - of Shein was US $2.3 billion, according to estimates by the Chinese broker Zheshang Securities. This year it is forecast to exceed $20 billion. By 2022, analysts expect Shein's GMV to exceed Zara's. In May, Shein became the most downloaded shopping app in the United States, surpassing Amazon.

Xu has also understood how to navigate the growing trade and geopolitical tensions between China and the West. It's hard to say for sure, given how secretive his private company is, but Shein has probably had more success selling directly to Western consumers than any other Chinese firm in history. The United States is its largest market, representing between 35 and 40% of its GMV. Another 30/35% comes from rich European countries. It has garnered backing from both big US venture capitalists (such as Sequoia Capital) and China (such as IDG Capital). Putting all this together, we have a new model of a Chinese multinational company.

Shein's success has three aspects. The first is a turbocharged version of the fast fashion formula of offering a constantly updated variety of clothing at discount prices. While Zara launches around 10,000 new products per year, Shein introduces 6,000 new “stock units” (including old design with new colours) every day. Some are quickly discontinued.

Yet his permanent virtual wardrobe now has 600,000 individual items. And with a typical price tag of $8 to $30, Shein's clothes cost about the same as those from Primark, a decidedly offline British retailer, and 30-50% less than similar ones from Zara or H&M, according to Douglas Kim of Smartkarma consultancy.

All power to the algorithms

Xu has achieved this by combining dominance of clothing supply chains with on-demand manufacturing originally facilitated by Chinese e-commerce giants like Alibaba. He starts with the design. A team scours the web for the latest trends using algorithms to determine what is grabbing attention. One of its members told Chinese media last year that they visit thousands of sites to find ideas. These concepts are sent to another group that creates designs, which are then manufactured in batches that can be no more than 100 items, compared to the typical order of thousands of units.

The second lesson it borrows from Alibaba is that Shein tests the new designs simultaneously in its app. Since all sales are digital, managers have a real-time view of the performance of each item. If a new design proves popular, the company quickly orders more. If consumers are not interested in the new style, no new orders are placed. By centralizing inventory in a small number of large warehouses and shipping directly to customers, Shein has reduced inventory turns to just 30 days, compared with an industry average of 150 days, according to a consultant working with the company.

To streamline the entire process, Shein has moved from the eastern city of Nanjing to Guangzhou, a huge manufacturing center in the south. It has also been offering better terms to factories than most of its fast-fashion rivals. The firm guarantees that it will buy the entire lot and pay within 14 days instead of the 90 days that are common in the industry, in exchange for a guaranteed supply.

About 400 of Shein's roughly 3,000 suppliers in China have signed this deal, says Chen Tengxi of Zheshang Securities. A bespoke software interface lets them know when to ramp up production.

Shein has deployed its ability in digital management not only in purchasing but also in sales and marketing, the second aspect of its success. In addition to giving away free products to thousands of influencers, a common practice today, it has recruited hundreds of local designers in the US and other countries. In addition to imagining new clothes, they offer their products and their stories on social networks. The company plans to hire another 3,000 freelance designers in 2022.

The strategy has helped Shein amass 250 million followers on Instagram, TikTok and other social networks. About 70% of them shop through the Shein mobile app, which has 24 million daily active users. On any given day, one in two clothing shoppers in the world uses their app. This approach has been so effective that others are trying to copy it. Gabby Lewis, a Los Angeles-based designer who works with Shein, reports that as soon as the Chinese firm began posting videos of her promoting her products on social media, rival fashion groups contacted her to see if she would do the same for them. .

The third prong of Xu's winning formula is skillful avoidance of geopolitical controversies. Shein does not stress her Chinese origin. Unlike other Chinese brands that have tried to take over the world, such as Huawei or Xiaomi, it sells almost nothing locally. That reduces its already meager association with China in Western eyes. Western consumers correctly assume that like most of their clothing, including Western brands, Shein clothing is made in Asia. Few realize (or care) that it is a Chinese firm. One thing helps: Most shipments to individual customers in the United States are small enough to avoid tariffs on Chinese exports that have been imposed as part of a trade war between the two countries.

Its diminutive presence in the country has also spared it the kind of headaches that have afflicted Alibaba and other Internet groups with big local businesses, as President Xi Jinping steps up his campaign to right what he perceives to be the ills of Chinese capitalism. .

Despite its stupendous success, Xu's formula has its risks. Some of these relate to her industry. Like other players in the fast fashion business, Shein is under fire for waste and heavy environmental impact.

Many fast fashion brands face questions about whether they source cotton from the Xinjiang region of western China, where the government is accused of using forced labor. And the low price of their products sometimes goes hand in hand with poor quality. Images comparing Shein's clothes received by clients with catalog images have become online memes, affecting her reputation in Europe, says a consultant.

Other dangers may be more specific to Shein's heavily digital business model. While venture capital funding rounds have valued the company at $15 billion and it has reportedly approached investment banks about an initial share launch, no one outside the firm seems to know if it is in profit.

In recent years Shein executives have given few media interviews and none to Western journalists. Chinese media consistently call it China's “Most Mysterious Unicorn”. Analysts are scratching their heads wondering about its profitability and its margins.

That might not be a problem, at least in the short term. Investor appetite for tech-linked startups, even loss-making ones, hasn't abated. Another risk specific to Shein may prove more difficult to manage in the long term. The company relies on getting a lot of data from American consumers. As a result, it may face the same problems that plagued TikTok, another successful Chinese export to the United States. Last year, the Chinese owner of the ByteDance app barely avoided a forced sale of its prized asset to US investors over fears that US data could fall into the hands of China's communist rulers (a charge TikTok has always vociferously denied). ).

As with US social media rivals TikTok, Shein's Western competitors may invoke national security as a reason to contain its relentless rise. In a sense that would be an acknowledgment.