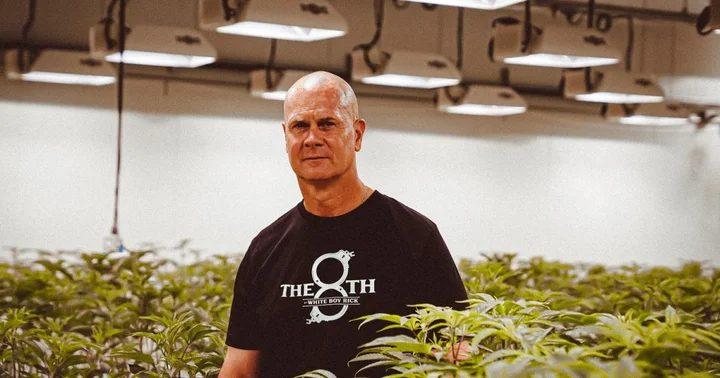 At 17, Rick Wershe Jr. He was sentenced to prison as a minor, for possession of cocaine, after being used by the FBI as an informant.

Known as White boy Rick, Wershe was released in July 2020 for good behavior at the age of 52, after serving 33 years in a federal prison.

In 2021, he sued the FBI and Detroit Police for $100 million for recruiting him at such a young age. And now he's getting into the cannabis industry in Michigan, his home state.

White boy Rick's story has toured the world and touched countless hearts. So much so that it has been represented on the screen, both in rappers' series and in the homonymous Hollywood production, which is now found trending on Netflix rioplatense.

And, in the midst of the Latin American revival of his movie, WBR rejoiced with a news story: he has finally launched his new marijuana brand, called the 8th.

According to the Detroit Metro times, the 8th, White boy Rick's new marijuana brand, will be available from November 19 at Pleasentrees' dispensaries.

Its new line includes top quality flowers and brand clothes. In addition, according to a press release, the 8th products will soon be available at other points of sale.

In the meantime, it should be noted that the name of your brand has a reason. Wershe states that the name refers to a standard measure for the sale of cannabis (one eighth ounce or 3.5 g), but also to the Eighth Amendment to the U.S. Constitution, which prohibits "cruel and unusual punishment".

"I met people in prison who were serving life in jail for marijuana, and now it's legal, doesn't that tell you how crazy our drug laws are?" said White boy Rick.

Wershe is an open advocate for prisoners affected by the war on drugs, which he describes as "the biggest farce that has ever existed in the United States."

For his mobilizing history and activism, Wershe already has several cinematographic productions in his possession.

For starters, White boy Rick premiered in 2018, a biopic directed by French Yann Demange and starring Richie Merritt and Matthew McCounaghey himself. Currently, this feature film premiered on Netflix Latin America and is ranked number two of the most watched films in Netflix Argentina and number four on Netflix Uruguay.

White boy Rick also had a cameo on BMF, the series produced by rapper 50 cent that tells the story of the Black Family Mafia and drug trafficking in Detroit in the 1980s. In episode seven, Wershe is played by no less than Eminem.

Content, the entrepreneur referred to his appearance on the show: "Eminem is amazing! And it was an honor! "

For example, BMF can be seen on Starz, an American premium television channel and on the Starzplay platform.

As if all this was not enough, Wershe is also working on a documentary about himself (in addition to the one already produced by Netflix in 2017, "White boy"). For now, the documentary is titled the long way to Home.

Related content: the Sons of Bob Marley and his Project to Free Prisoners by marijuana

"it's going to be my version of everything I've been through, and the long road I walked to regain my freedom. I'm still standing, I'm a productive member of society, after 33 years growing up in a cage, "Wershe said.

"I want to make sure this doesn't happen to anyone else," the activist concluded.